There is no hero in heroin foundation

There Is No Hero In Heroin Foundation is a nonprofit organization dedicated to ending the devastation addiction causes families. We envision a world where fewer lives are lost and help exists for the millions of Americans affected by addiction. 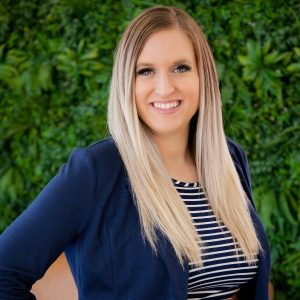 Board Member since 2017, advocate for recovery.

Krista Hales, LADC is a licensed alcohol and drug counselor with a Master’s Degree in Clinical Mental Health Counseling and Bachelor’s Degree in Human Services, both from the University of Nevada Las Vegas. She is a doctoral candidate at Arizona State University in the Behavioral Health program, completing her culminating project on alcohol use amongst those at risk for HIV contraction or are HIV positive. Krista has been working in addiction treatment since 2008 and is currently the IOTRC Director for Center for Behavioral Health, overseeing program expansion to address the opioid epidemic through implementation of integration between numerous fields including law enforcement, primary care, and social services. Krista is an active member of the recovery community in Las Vegas by serving with multiple organizations such as the There Is No Hero In Heroin Foundation (TINHIH) Board of Directors, Nevada Opioid Treatment Association (NOTA) President, Southern Nevada Opioid Advisory Council (SNOAC) Executive Committee, Southern Nevada Harm Reduction Alliance (SNHRA) Leadership Committee, and First Responders Comprehensive Addiction and Recovery Act (FR-CARA) Advisory Council. 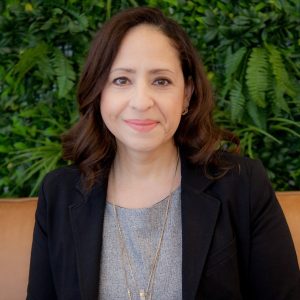 Learn More
Hortensia has been serving her community since she was 10 years old. She is very passionate about serving at a local level and globally and grateful to have been born into a family of social servants. She is committed to meeting the needs of the disadvantaged while also spreading the message that substance use disorder is an illness and can be overcome with resources and assistance. Hortensia has been working in the substance use field since 2006. Along with Dr. Hunter, she spirited the Las Vegas Recovery Center’s four-day Family Renewal Program for ten years. Prior to her work in Substance Use Hortensia has worked in finance and human resources. Hortensia is a graduate of UNLV and a certified drug and alcohol counselor supervisor. Hortensia has lived in Las Vegas for over 30 years, and enjoys traveling and spending time with her family and friends. 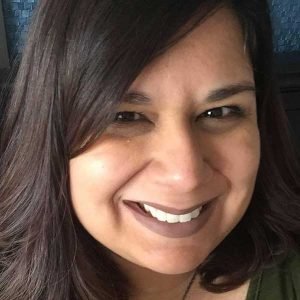 Alyson moved to Las Vegas when she was 12 years old. She fell in love with the different communities and culture here in fabulous Las Vegas. She completed both her undergrad and Masters programing at the University of Nevada Las Vegas. She has worked in Human Services since 2005 and started her journey working in the Recovery world in 2007. She is currently the Clinical Director at The Las Vegas Rescue Mission. She oversees the Low Intensity Residential Treatment, Intact Families Housing, and Emergency Shelter programming. Alyson has two clinical licenses in the state of Nevada, License Clinical Alcohol and Drug Counselor (LCADC) and License Clinical Social Worker (LCSW). She is also a Licensed Clinical Alcohol and Drug Counselor Supervisor. She enjoys supervising clinical interns and staff; providing guidance, training, and development. Alyson continues to also provide direct services, which she values as it keeps her growing and knowledgeable on today’s needs. She loves building programs and ensuring quality services are being delivered. 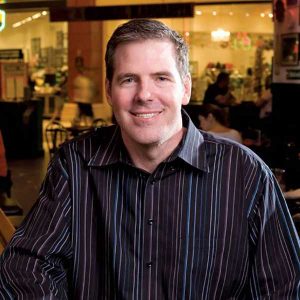 Scott Allen Frost is an executive, entrepreneur, father, and author. Scott is a native Nevadan who was raised and educated in Reno. He’s the co-founder and President of Titan Brands based in Las Vegas. Scott has directed the design, development and operation of restaurant and nightlife venues in Nevada, Arizona and New York. Titan was recognized as Las Vegas’ “Restaurateur of the Year” by the Nevada Restaurant Association.

Scott Frost is a co-founder and SVP of Your Fare, a restaurant technology company based in Austin, Texas and is an expert on organizational behavior and team building.

He wrote his autobiography “Livin’ on a Chair, Lessons of Love and Faith After Breaking my Neck” and has become a nationally recognized inspirational speaker. He enjoys sharing his experience in business leadership after becoming a quadriplegic ten years ago.

He has remained active in the Las Vegas community co-founding and chairing several trade organizations and nonprofits including the Technology Business Alliance of Nevada, the Nevada Center for Entrepreneurship and Technology, the Vegas Valley Angels, and the Spinal Injury Recovery Foundation. He has served as the council president of Community Lutheran Church.

Recognizing the opioid crisis and the impact it has on the Las Vegas community, he enthusiastically serves on the board of TINHIH. 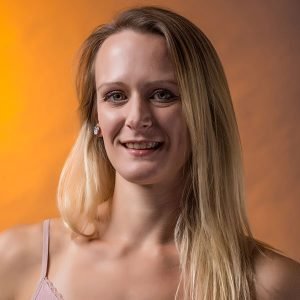 Kaitlyn is the treasurer and blog author for There is No Hero in Heroin. She is also a full time teacher and a full time graduate school student studying administrative leadership. Her goal is to one day help open more recovery high schools, as well as create more exercise oriented programs to support people in their addiction recovery. In her free time she currently competes on the pro level of obstacle course races. She proudly wears her There is No Hero in Heroin gear at each event, and her sport has helped her network with countless athletes in recovery. 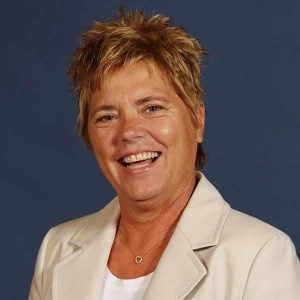 Dr. Shellie Keller is resident of Nevada since 1995 and a graduate of College of Southern Nevada (CSN) and University of Nevada, Las Vegas (UNLV). She works at CSN as director of Centers for Academic Success, the college tutoring and learning support services. Dr. Keller earned master’s degrees in communication studies and business administration and a doctorate in higher education leadership. She has extensive experience working with students helping them overcome obstacles to achieving personal, professional, and academic goals. Dr. Keller decided to return to UNLV to become a clinical mental health counselor after participating in the Vegas Chamber Leadership Las Vegas (LLV) program. It was during the LLV program that Dr. Keller recognized a need and knew she could use her education and experiences to contribute to mental health and recovery in her community. As a person in long-term recovery, she is specializing in addiction and trauma and is passionate about helping others. She is dedicated to alleviating stigma associated with addiction and developing substance abuse prevention and treatment programs in Nevada. Dr. Keller is co-founder of a non-profit organization called Nevada Institute for Mental Health and Addiction (NIMHA) and currently provides counseling services in substance abuse and relapse prevention. 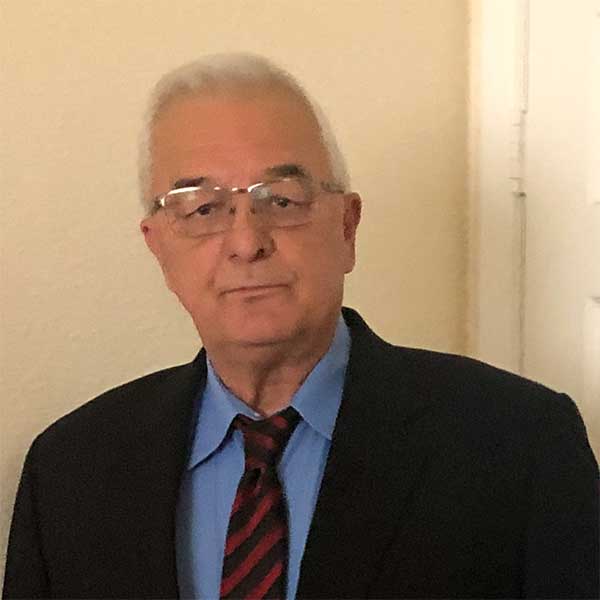 Learn More
Dan Sandoval is a life long Las Vegas resident who is married with 4 adult children. He was with the Clark Country Fire Department from 1978-2011. Some of the biggest incidents Dan was apart of were the MGM Grand Fire 1980, L.V. Hilton Fire 1981, Pepcon Fire 1988. He is a Fire Inspector who worked for Hotel High Rise Inspector Las Vegas Strip was also a part of the team over at TAO Group from 2011-2015 as the Director of Life Safety and Compliance. Dan’s hobbies Include Guitar, Tennis, and loving hid dogs. Dan’s goal is to give back to Las Vegas community by assisting disadvantaged citizens and those in need. 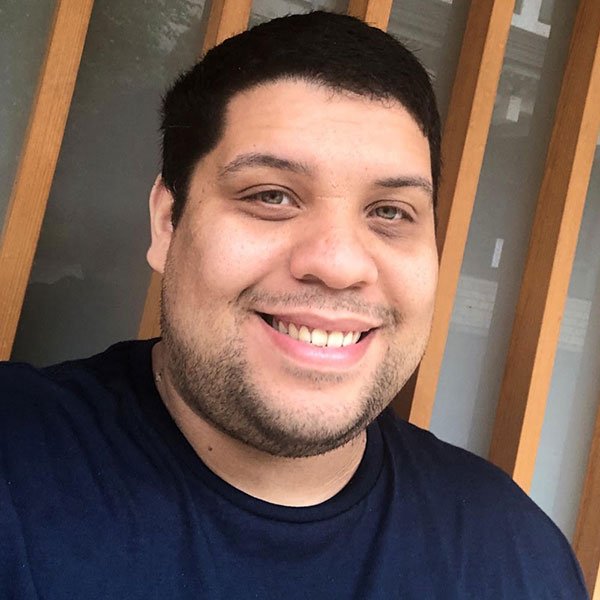 Learn More
Nathaniel has called Las Vegas home since 1996. He received his Master of Arts in Urban Leadership from UNLV in 2020 and has worked in the community with the Clark County School District, Hope for Prisoners and currently with the Nevada Homeless Alliance. Additionally, he serves on the Nevada State Board of Architecture, Interior Design and Residential Design, the Nevada Interagency Council on Homelessness Technical Assistance Subcommittee, and the Las Vegas-Clark County Library District Board of Trustees. He has witnessed family members struggle with addiction and mental health challenges and is committed to seeing our community do more to help those who need it most and give everyone an opportunity to do something amazing with their lives. 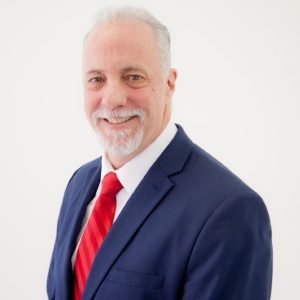 Joe’s family moved to Las Vegas in 1978 when he was 11 years old. He graduated from Western High School in 1985 and has worked for Safe Electronics since 2002 as an IBEW Low Voltage Senior Technician. Joe’s 19-year-old son Reese died in 2011 due to an overdose of heroin. The unbearable loss and profound pain that Joe experienced tormented him for a year. Upon the first “Angel Anniversary” of Reese’s death, a group of grieving parents with similar stories decided that they needed to help other families impacted by the opioid crisis.  In June 2013, the nonprofit There is No Hero in Heroin Foundation formed to provide support and financial assistance for those seeking long term sobriety from opioid addiction. In the last five years, TINHIH Las Vegas has become a leader in the recovery community as well as a vocal advocate for sustainable recovery programs at the local, state and federal level. Along with Board Members Donn Jersey and Jeffery Horn, Joe advocated for the creation of the Clark County School District’s Mission High School in downtown Las Vegas which opened in the Fall of 2017. 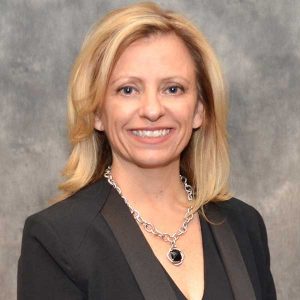 Sherri Pucci Sosa has had an extensive career in the Gaming industry. Over the last 20 years, she has held roles at the property and corporate level. Her journey has taken her from her start in Las Vegas in the marketing department of Station Casinos to Corporate role with Harrah’s Entertainment. Once on board with Harrah’s Entertainment, Sherri moved to Memphis to a more extensive gaming role in the Central Division post-merger with Caesars Entertainment. In 2007, she moved back to property operations in Tunica and then became the Assistant General Manager at Harrah’s New Orleans. In the summer of 2015, Sherri returned to Las Vegas to take on the General Manager role at the historic Flamingo Hotel and Casino and the newly renovated LINQ Hotel and Casino. She recently transitioned to be the General Manager of Planet Hollywood. Over the years she has been responsible for properties with local, regional and national focus, while undertaking significant capital projects to ensure long term growth.

She is ultimately responsible for the three main determinants of the property’s success-profitability, customer service and employee satisfaction. Sherri currently oversees annual revenues of more than $500 million and more than 2,000 team members.

Sherri is currently the Executive Sponsor for the Rising Stars (millennial and millennial mindset team members) and the Western Region Chair of the Gender Equity Initiative. She participates in and moderates Lean In Circles. She is on the Board of the Epicurean Charitable Foundation (hospitality scholarships for low income Las Vegas students), Caridad (homeless outreach), TINHIH (addiction support) and MAC the advisory board for Mission High School.

She is married to her partner Ernie and they have two children, Annalea 10, Cruz 8 and an adopted chihuahua. She is a born and raised Canadian, originally from Winnipeg, and proud to support the Las Vegas Golden Knights. 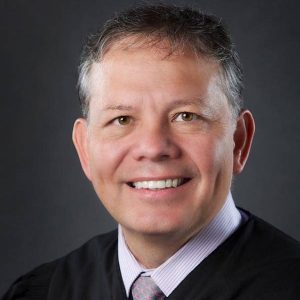 Judge Cedric A. Kerns was elected to Las Vegas Municipal Court, Department 5 in June of 1997.

Judge Kerns came to Las Vegas in 1985 to attend the University of Nevada, Las Vegas, where he was a member of the nationally ranked debate team before graduating in 1989. He received his J.D. in 1992 from the University of San Diego.

Prior to being elected, Judge Kerns was a partner and co-founder of the Law Office of Kerns and Lybarger, where he focused on criminal defense and domestic law. While in private practice, Judge Kerns was an appointed member of the Nevada Supreme Court Task Force for the Study of Economic Bias in the justice system.

Judge Kerns is an active member of the American Bar Association, Judicial Division Delegate to the National Conference of Specialized Court Judges; Department of Health and Human Services, Substance Abuse Prevention and Treatment Agency (SAPTA), and Multidisciplinary Prevention Advisory Committee (MPAC); American Judges Association, where he has served as delegate and governor representing the State of Nevada; Nevada Judges Association, where he served as a member of the Board of Directors as well as the president for the year 2005. Judge Kerns was chosen as Outstanding Judge of the Year for 2006 by the Nevada Judges Association and served on the Supreme Court 2012 Judicial Leadership Planning Committee.